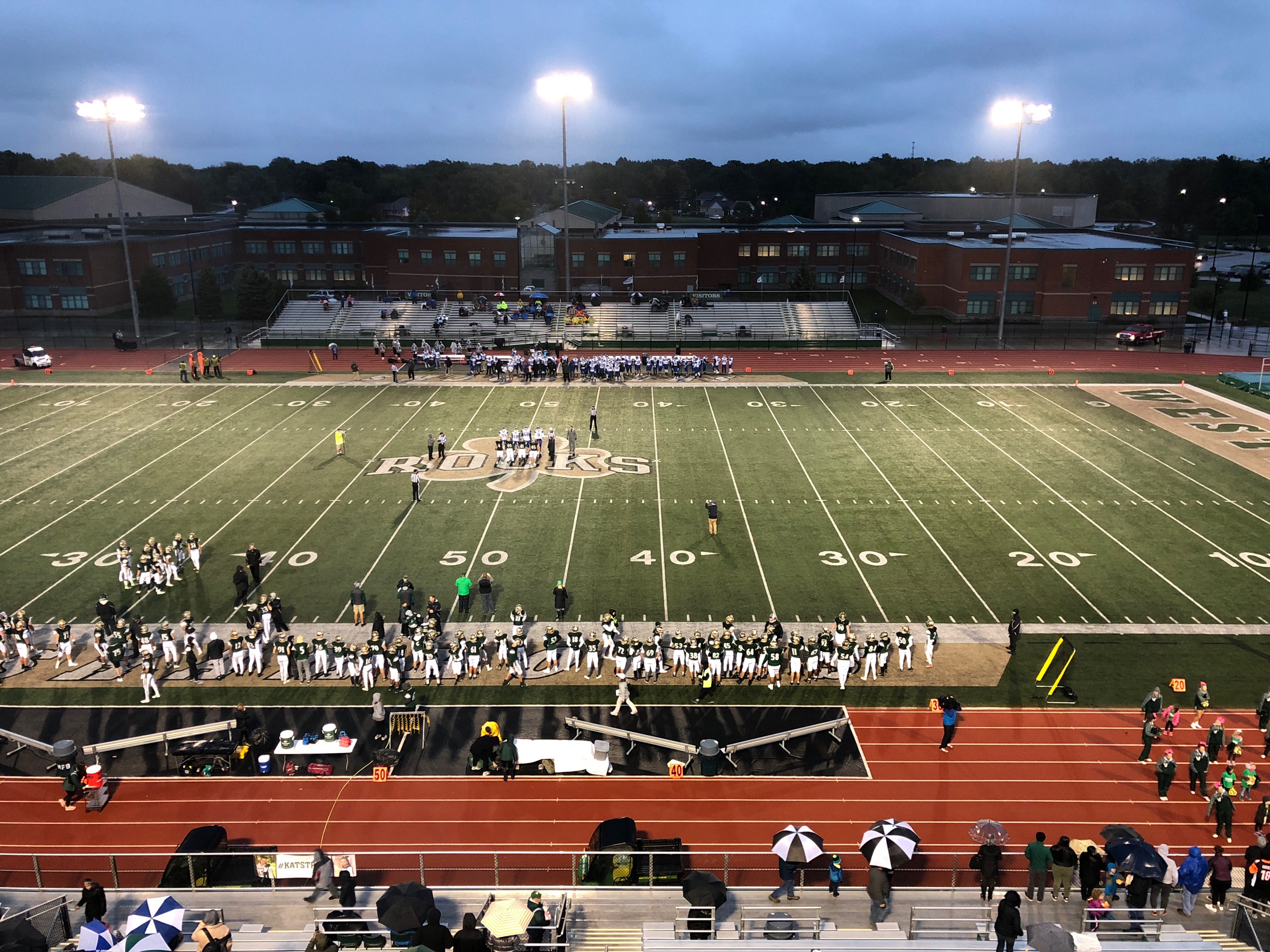 Your Rocks hosted the Franklin Central flashes on a cold and rainy Friday night, coming away with a commanding 44-16 victory to end the regular season on a high note. The Rocks finish 4-5 overall, and 3-4 in the HCC.

It was all Shamrocks in this one, as the offense was led by QB Camden Simons with 3 rushing touchdowns in the first half. Offensive lineman Ross Krieg added consistent play for a squad that helped to produce 6 rushing touchdowns on the night. The Rock D had a solid night as well, with Eric Kriskovich coming up with a pick in the first half, and Franklin Bohannon snagging one in the second half. Defensive lineman Ryan Mahoney anchored a line that held the bruising running game of the Flashes in check for most of the night. Shamrock Special Teams were led by Sean Sullivan, who got his first start as kicker and made good on his scoring chances in the first half. Owen McGraw added consistent play across several units, and the kickoff team nearly sprung one, setting up the offensive with excellent field position.

Special mention should be given to Jack Pfieffer, Jonathan Hernandez, and Jonathon Frey. These Rocks made significant contributions in preparing the team for the Friday contest. During the week, they brought it Now, providing the best possible look for their fellow teammates.

The Rocks will have a week off, as 6A schools start post-season play with a bye, before heading down the street to face Carmel on October 26th. Kickoff is scheduled for 7pm.