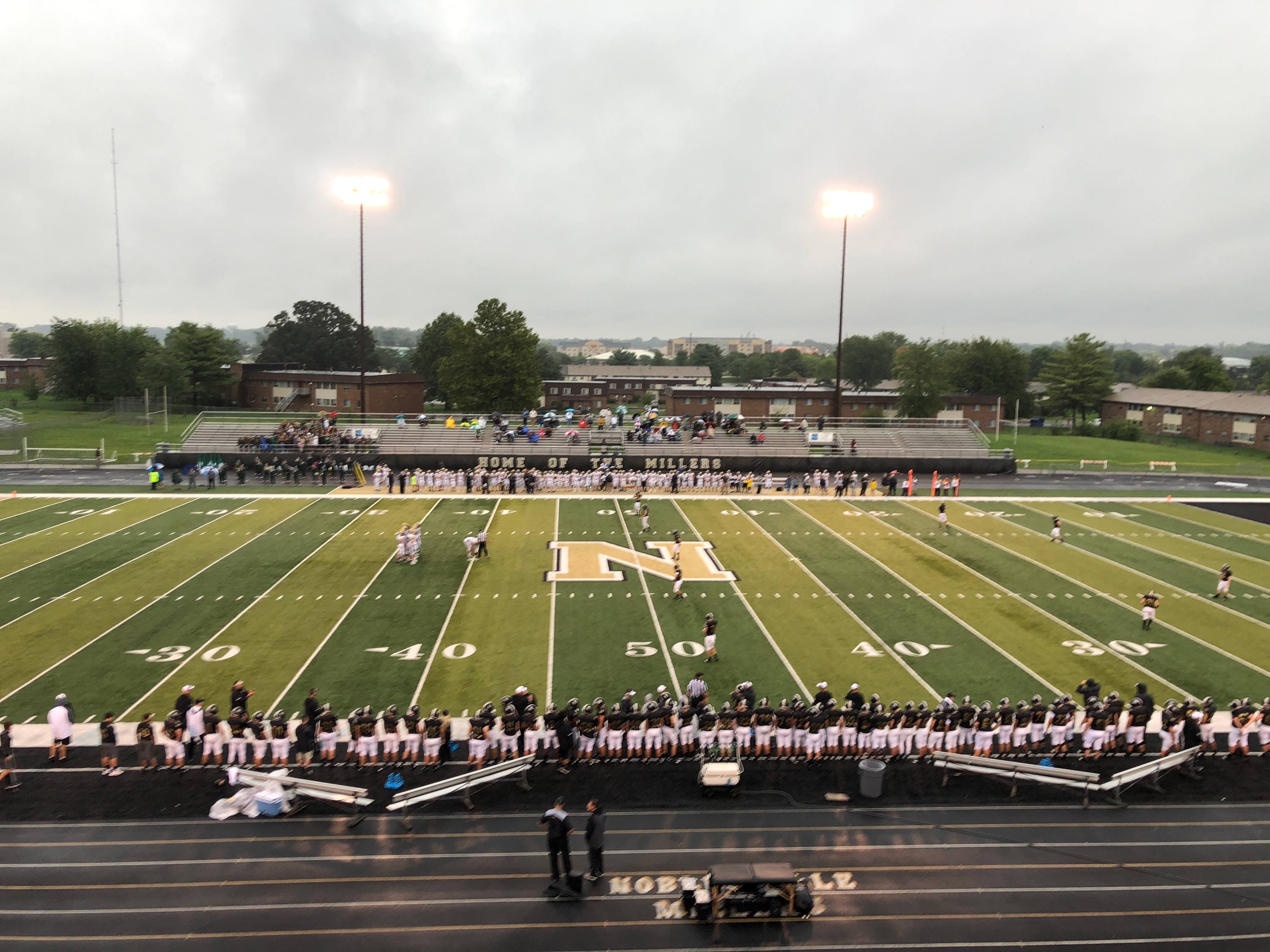 Last Friday, your Rocks visited the Noblesville Millers and walked away with a 10-2 loss. It was a rain-soaked affair, with both teams having to rely heavily on the run game. On the second play from scrimmage, a Miller ball-carrier slipped out from the scrum, taking it all way for the game’s lone touchdown. After that, a field position battle ensued, with the Rocks unable to overcome some costly turnovers. The Millers put up a field goal to extend the lead to 10-0 with 4:25 to play in the first half, and then the Shamrocks were able to take advantage of a fumbled punt snap to put them on the board with a safety. 10-2 was the half time score, and it would end up being the final as well, as neither team was able to put up any points in the second half.

Special mention should be given to Zachary Howard, Grant Joyce, and Christiaan Huisden. These Rocks made significant contributions in preparing the team for the Friday contest. During the week, they brought it Now, providing the best possible look for their fellow teammates.

Next week, your Rocks will look to rebound while playing host the Hamilton Southeastern Royals. Kickoff is scheduled for 7pm.