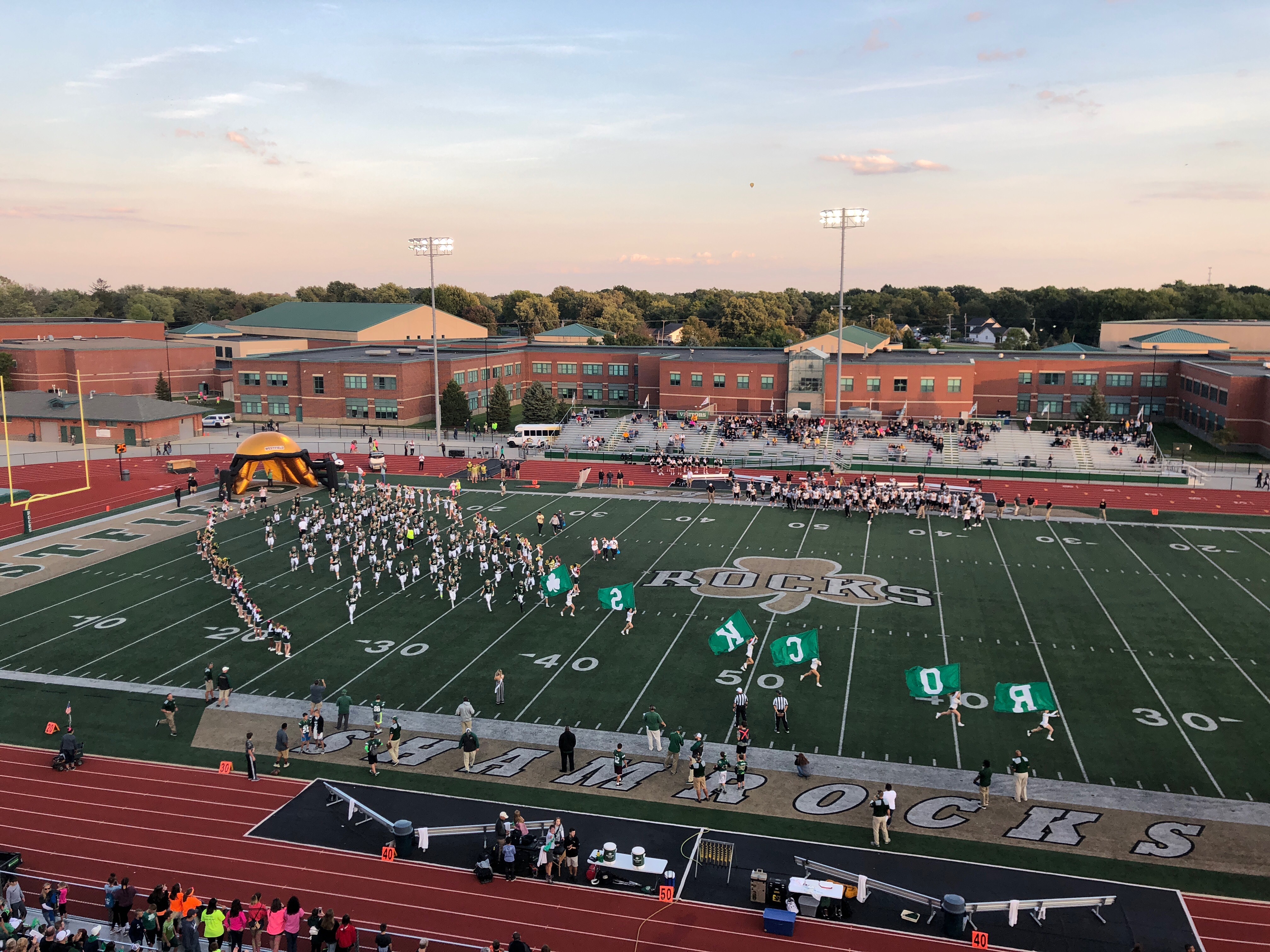 On Friday, your Rocks hosted the Avon Orioles for Homecoming 2018. Unfortunately, the Rocks fell just short, losing 13-20. Avon jumped out to a 14-0 lead in the first quarter, before the Shamrocks began chipping away at the lead. The Orioles took a 20-10 lead into the halftime festivities. The Rock D settled in and held a potent Oriole offense scoreless in the second half, but the Shamrock offense was only able to put up 3 points in the third. They had a few chances down the stretch in the fourth, but were just never able to get rolling.

Special mention should be given to Joey Wolfe, Jack Pfeiffer, and Jonathon Frey. These Rocks made significant contributions in preparing the team for the Friday contest. During the week, they brought it Now, providing the best possible look for their fellow teammates.

The Rocks will return to action next Friday when they travel to Fishers to take on the the Tigers. Kickoff is scheduled for 7pm.