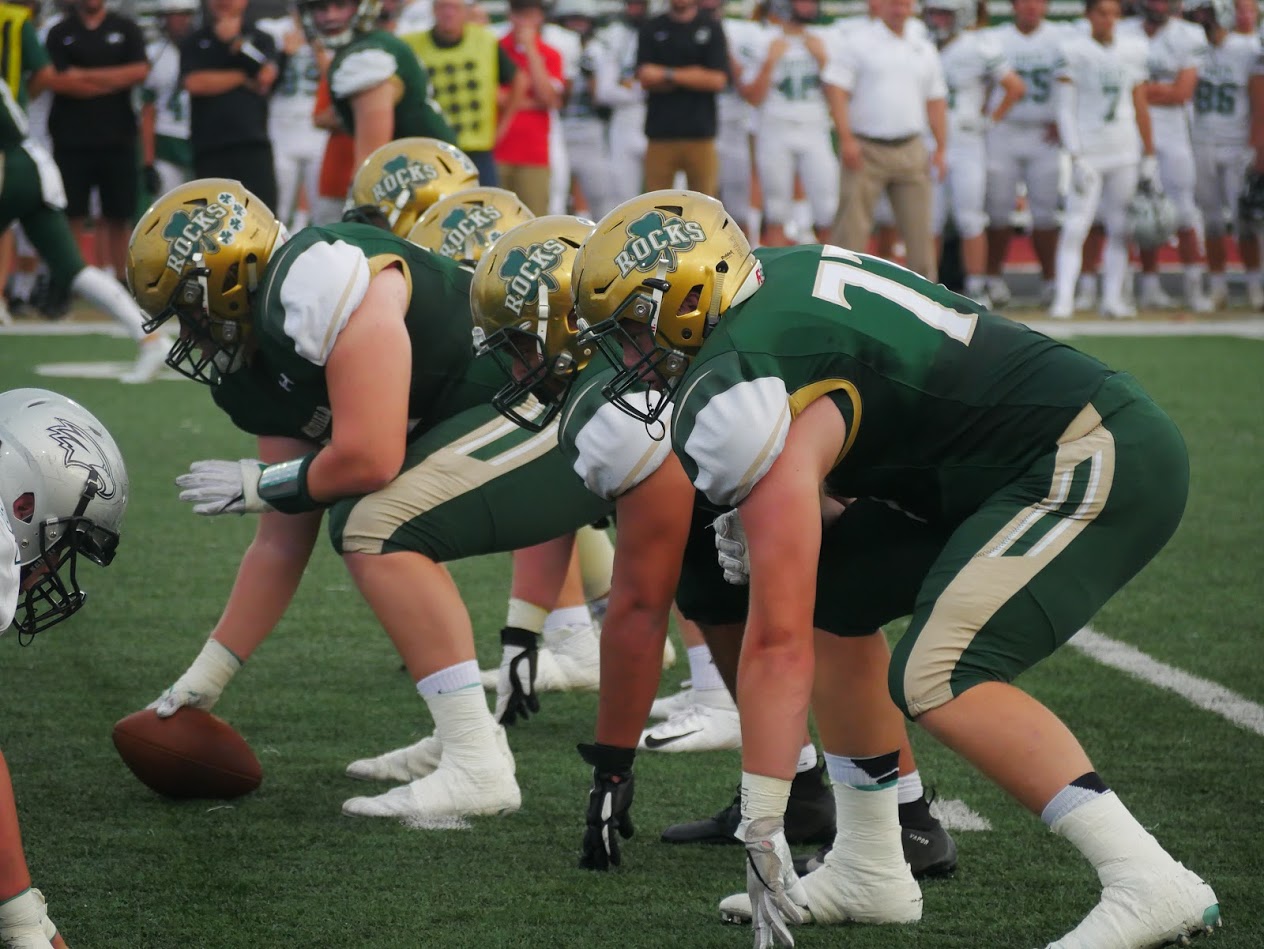 Last night, your Rocks hosted the Zionsville Eagles with the Shining Star rivalry trophy on the line. The Shamrocks pounced early, going up a quick 13 points before the Eagles answered in the second quarter. The Rocks were able to punch one in before half to go in with a 20-7 lead at the break. The two teams traded a pair of scores to start the third, but then pounded the run game to a 41-14 lead a couple minutes into the fourth quarter. The Eagles would not go away, however, putting up two more scores before the Rocks could shut the door, resulting in a 41-28 victory for the Shamrocks.

Offensively, the Shamrocks were anchored by the O-line, who dominated the battle in the trenches, opening big holes for the backs all night. Eli Patchett tacked on consistent gains, finding the end zone a number of times. The big play of the night can with Patchett filling in for QB Cam Simons after Simons had been shaken up on a previous play. The Rocks lined up in a “wildcat” formation, with Patchett taking the snap directly and punching it in.

The Rock D held the potent Eagle offense in check for most of the night, coming up with several key takeaways. On the second play of the game, Jeremiah Edwards dropped beneath a slant route and picked the ball off. Owen McGraw also turned in a fantastic performance, snagging an interception of his own later in the game.

On special teams, the Rocks were led by snapping specialist Sam Lupear. The Eagles don’t often use their kicking game, but when they did Jacob Riddle made them pay with a solid return, splitting several defenders.

Special mention should be given to Blair Clark, Andy Manzur, Kyle Byers, Hunter Will, and Eduardo Beltran. These Rocks made significant contributions in preparing the team for the Friday contest. During the week, they brought it Now, providing the best possible look for their fellow teammates.

The Rocks return to action next Friday as the rivalry portion of the schedule continues. They will scoot down the road to face the Millers of Noblesville. Kickoff is scheduled for 7pm.