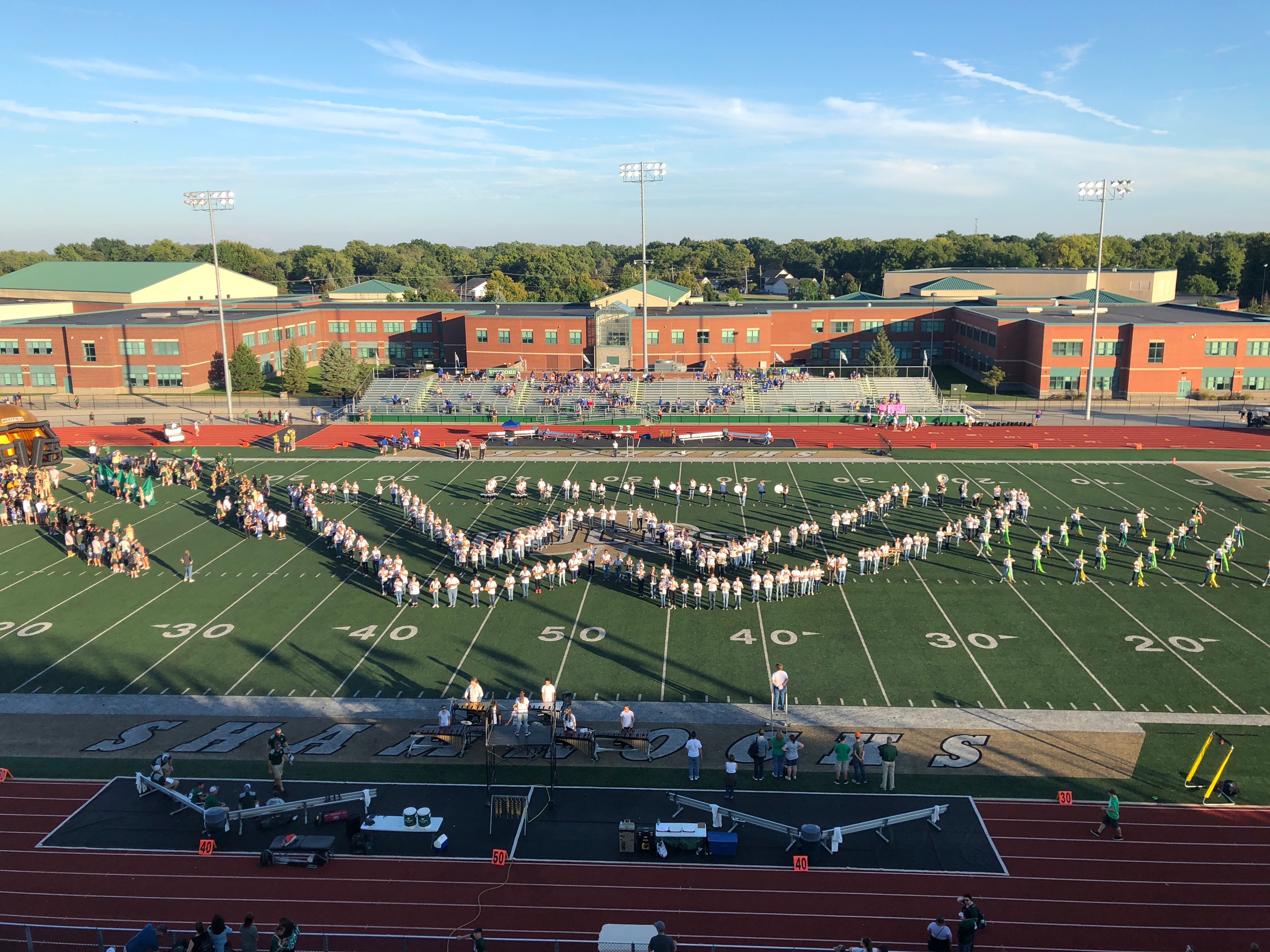 Last night, your Rocks hosted the Hamilton Southeastern Royals, earning a 34-27 victory. The Rocks jumped out to an early 10-0 lead, but the Royals hung in there and tied things up by halftime. The Rocks took back the lead by a field goal in the third, extended it early in the fourth, but again the Royals stuck with it, putting up a field goal and recovering an onside kick before time ran out on the comeback effort.

Offensively, the Shamrocks had a stellar game, putting up 27 points against a solid Royal defense. Cam Simons turned in an excellent performance, finding Dane Wheeler 9 times in the passing game. Simons ended up with 229 yards to his name, 109 of those to Wheeler. The Shamrock offensive line made a huge impact on the game as well, both with their protection of the quarterback, and forming the backbone of several punishing drives in the second half that featured the ground attack heavily. One of those hard-nosed drives ended with Eli Patchett plowing over defenders to reach the end zone for a score that would end up being the difference in the game. WR Pat Beam also provided a key highlight earlier in the game when he hauled in a long strike from Simons for a touchdown.

The Rock D struggled to stop the Royal running attack early, but was able to make good on key plays that helped turn the tide of the game. The first was a fantastic pick-six by Franklin Bohannon. Eric Kriskovich also tacked on consistent play, helping the D buckle down in the second half. Then, with the game on the line late in the game, the defense held the streaking Royal offense to only a field goal before slamming the door shut after the Royals were able to recover the ensuing onside kick.

In the special teams phase, the Shamrocks were led by kicker Alex Bales, and anchored by the consistent hustle of Owen McGraw. Sean Sykes made a key play that you probably won’t see in the highlight reel, as he smothered a Shamrock fumble, securing a ball that could easily have gone the other way.

Special mention should be given to Mason Piening, Sam Baldwin, and Gabe Arvin. These Rocks made significant contributions in preparing the team for the Friday contest. During the week, they brought it Now, providing the best possible look for their fellow teammates.

Next week, the Rocks will travel to Brownsburg to face the Bulldogs. Kickoff is scheduled for 7pm.