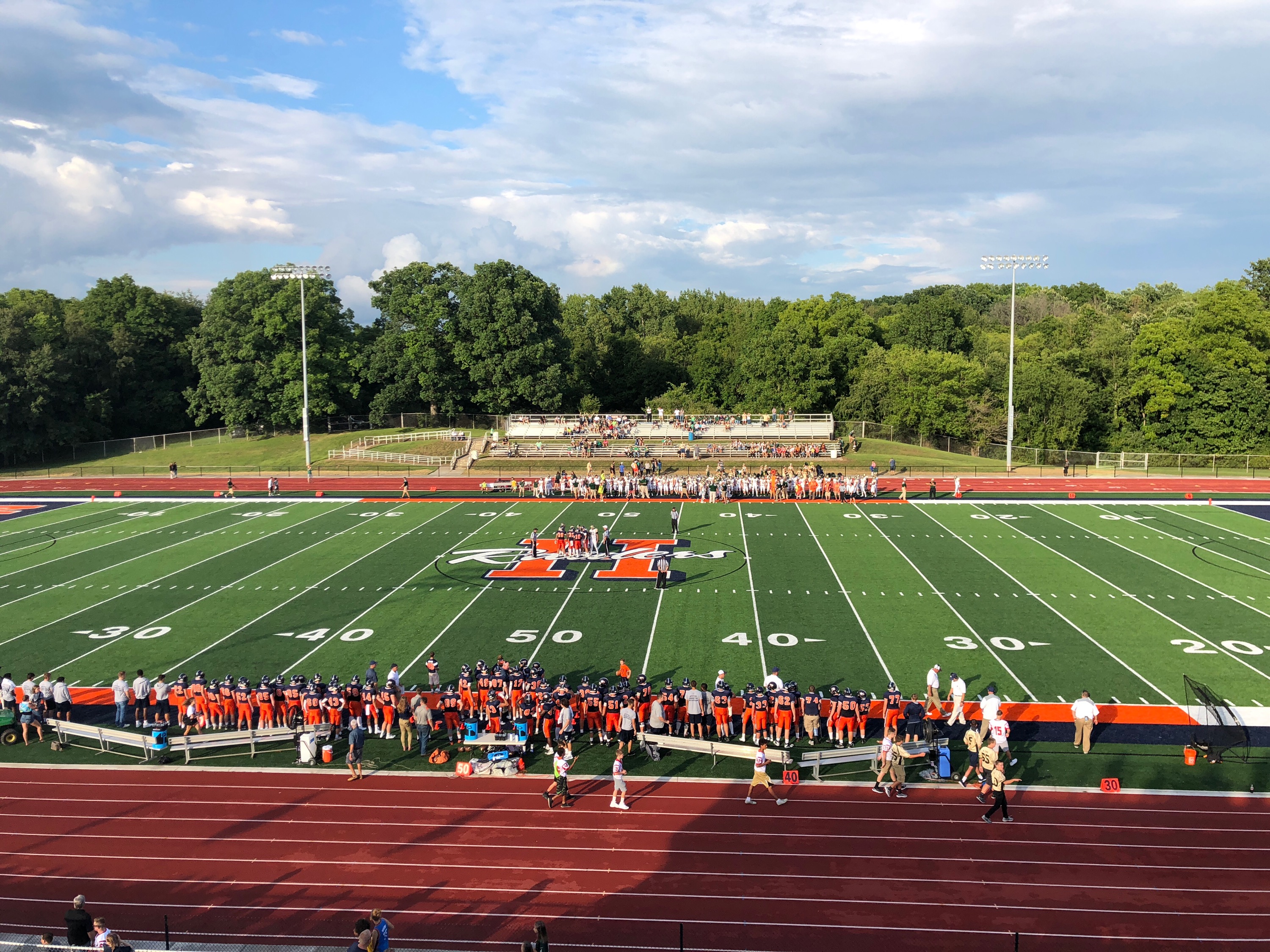 Last night, your Rocks traveled to Harrison High School to help the Raiders break in their new field. They came away with a 28-16 victory. It was a tale of two halves, as the Rocks jumped out to a quick 21-0 lead in the first, extending it to a 28-3 score at the half. The Raiders, however, kept fighting, scoring 13 unanswered before time ran out.

Offensively, the Shamrock offensive line followed the lead of Justin Case, opening up big holes for consistent ground gains by running back Nathan Nguyen. Cam Simons contributed a nifty scamper of his own for a TD, capitalizing on a Rock D takeaway. Altogether the offensive racked up 162 yards on the ground and three touchdown runs from three different ball carriers.

The Rock D generated three takeaways. They were anchored on the defensive line by Ryan Mahoney, while Jeremiah Edwards added consistent play at the linebacker position. There were two big plays on defense. The first was Shannon Bola’s interception early in the game that evened the takeaway totals after an early Shamrock turnover. The second was a pure hustle play from Jeremiah Edward, chasing down a streaking Raider runner and saving a touchdown.

In the special teams phase, long snapping specialist Sam Lupear delivered strikes all night. The Rocks were also able to slip out of a tight spot deep in their own territory when Andy Manzur delivered a 40 yard punt out of the end-zone.

Special mention should be given to Seth Poriah, Blair Clark, and Griffin Pope. These Rocks made significant contributions in preparing the team for the Friday contest. During the week, they brought it Now, providing the best possible look for their fellow teammates.

Next Friday, you Rocks will host Decatur Central for the home opener. Kickoff is scheduled for 7pm.