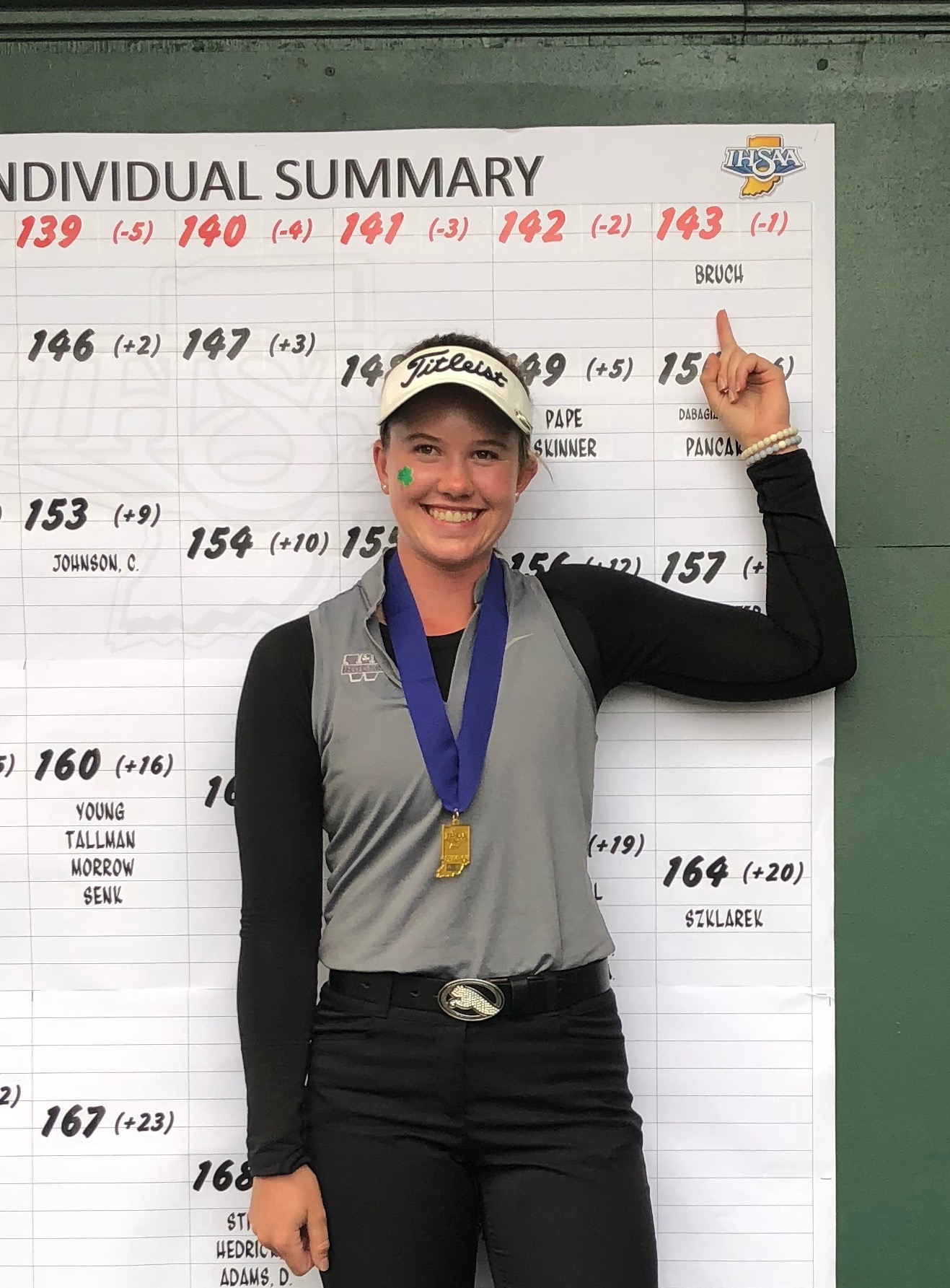 Jocelyn Bruch was the first player to arrive on Saturday to Prairie View Golf Club the site of the IHSAA State Championship. Wanting to stick to the same routine that she has gone through hundreds of times in other tournaments but this time for the State Championship. She had her plan in place for what she needed to do to follow up the second lowest one day score in State history and that was to play the round one shot at a time.

The round started similar for Bruch who hit 11 of her first 12 greens in regulation which led to being one under on the day and five under overall through 12 holes of golf. However, golf happened on hole 13-15 and that tested the mindset and mental toughness of Bruch. She scrambled to make back to back bogeys on 13 and 14 before having a hiccup on 15 and taking a double bogey. Bruch bounced back with a fantastic par on 16. Then on 17 she found herself in a similar situation as hole 14, having to take relief from the hazard but still scrambling to make a bogey. Then as great players do she composed herself to play the final hole of the tournament. She placed a perfect four wood down the middle of the fairway, hit a hybrid to 99 yards and followed that up with a wedge inside 10 feet. Bruch finished the tournament with a birdie putt on the 18 and her score of 75 combined with her 68 from day one was good enough to win the Championship by six shots and the two day score of 143 (-1).

Jocelyn becomes the first Individual State Champion in Golf and her score of one under par is the lowest round for a player at the State Championship since it has moved to Prairie View Golf Club. Bruch also earned her spot on the All State Team for the third straight year.