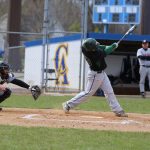 After hosting a Friday night double header, the Rocks traveled early to Crawfordsville on Saturday to participate in the 29th annual Crawfordsville Invitational.  Facing the 3A #5 ranked hosts Athenians, Freshman Max McCool scattered six hits over five innings of work while only allowing one earned run in his first career start.  The Rocks were 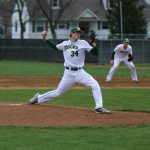 The Rocks hosted Lafayette Harrison to open Hoosier Crossroads Conference play on Friday.  In game one, Chris Ayers started on the mound and turned in the first of two pitching gems on the night in  a 3-0 Rocks victory.  Ayers pitched 5.2 innings of shut-out baseball, striking out seven while allowing only one walk.  Jake 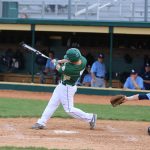 The Rocks finally opened the 2013 season at home last night against the Perry Meridian Falcons, and they opened with a bang.  Jacob Robinson started on the mound and earned the win with five strong innings, striking out five and allowing only two earned runs.  Westfield hammered out ten hits, scoring three in the second 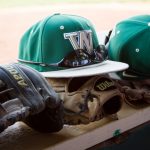 The Rocks varsity baseball team has picked up a game with Perry Meridian at home today starting with a 5:30pm start time.  The JV Green game scheduled at home versus Western has been move to Western High School with a 5pm start time.  This has been the craziest weather to start a baseball season we’ve seen in

WHS Fall Football/Competition Cheer Information: Try-out Dates:  April 8th and April 9th from 3:15 until 5pm will be our tryout clinic days.  April 10th, 2013, beginning at 3:15pm we will have our official tryout.  Both clinics and tryouts will take place in the upper MPIF practice room.  Please enter the high school via door #13. • Prospective 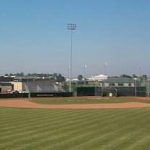 The annual Shamrock Series concluded on Friday with a 1-0 victory by the Green team.  The victory capped off a sweep, the first in the history of the series.  The Gold team threatened early, loading the bases with nobody out.  However, Scott Murphy induced a 5-2-3 double play and a comebacker to the mound to 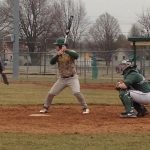 Mother Nature has forced the Rocks inside all week, but on Friday night they were finally able to take the field for the first time in 2013 for Game 1 of the annual Shamrock Series.  Sophomore Chris Ayers took the mound for the Green team and was magnificent, pitching 5 innings of no-hit baseball and 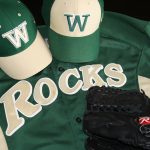 The IHSAA has set March 11th as the official start date for Indiana High School Baseball and the Rocks are set to report after school for the first day of two tryout days (March 11th and 12th).  All players are to be prepared to practice inside, outside or a combination of both.  All necessary paperwork 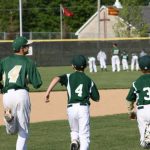 Westfield Head Coach Ryan Bunnell has announced the dates of the 11th annual Spring Training Camps.  For grades K-2, there is a one day camp on March 9th from noon until 2pm that will concentrate on the fundamental building blocks of a great baseball player.  Campers will learn the correct way to throw, catch and