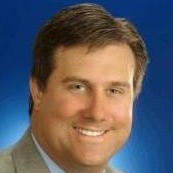 Coach Hansen enters his tenth season on the Shamrock Coaching Staff where he serves as a varsity assistant, is the position coach for catchers program wide and also coaches third base.  He is a graduate of Marist High School (Chicago) in 1982 where he was a 3 year starter. Coach Hansen was named an Illinois All Star and a Block “M” Leadership Award winner in 1982. He also received All Area and All Conference awards as a junior and senior in high school and was a member of Team Chicago in 1982 which traveled to Europe to compete and promote baseball internationally. After high school, Coach Hansen went on to graduate from Purdue University in 1986 where he earned a degree in Industrial Engineering and played baseball for the Boilermakers. Coach Hansen was a four year starter at catcher and, in 1986, was named captain of the baseball team and a Red Mackey Award nominee. Coach Hansen was one of three from the Hansen family to catch for Purdue in the 1980s. His son and former Shamrock, Jake, was an infielder for the Boilers. Coach Hansen has also served as a member of Purdue’s Athletic Advisory Council since 2001. Coach Hansen is married to his wife, Tonya, and has four children (Jake, Michael, Emily, and Will). He is employed at Eli Lilly in Indianapolis.