Westfield High School has hired Whitney Bevins to be the Varsity Girls Cross Country Coach.  Whitney is a 1999 graduate of Westfield High School and was a senior on the 1998 Girl’s Cross Country State Championship team and was All-State 4 times between Track and Cross Country. She competed as a scholarship athlete at Indiana University in Cross Country and Track and would eventually compete in the U.S. Olympic Marathon Trials finishing 30th in the country in 2016. One of her favorite running accomplishments as an athlete was winning the 2012 Monumental Marathon. As a coach she is in her second full year of being back at Westfield High School. She was also an assistant coach at Westfield in 2003 and 2010 and coached individual runners while training in Colorado. Whitney is a Registered Dietitian and Child Nutrition Director at Indiana School for the Blind and Visually Impaired in Indianapolis. When she isn’t working or coaching, she is a dog mom to 7 animals.

Quote:  “I feel incredibly fortunate to have been an athlete at Westfield and to now have the opportunity to take over the program from Scott Lidskin, who was my coach and mentor. Running has taken me all over the world. I am thrilled to share my experiences and passion for running with Westfield student athletes, who are only just beginning their running journey.” 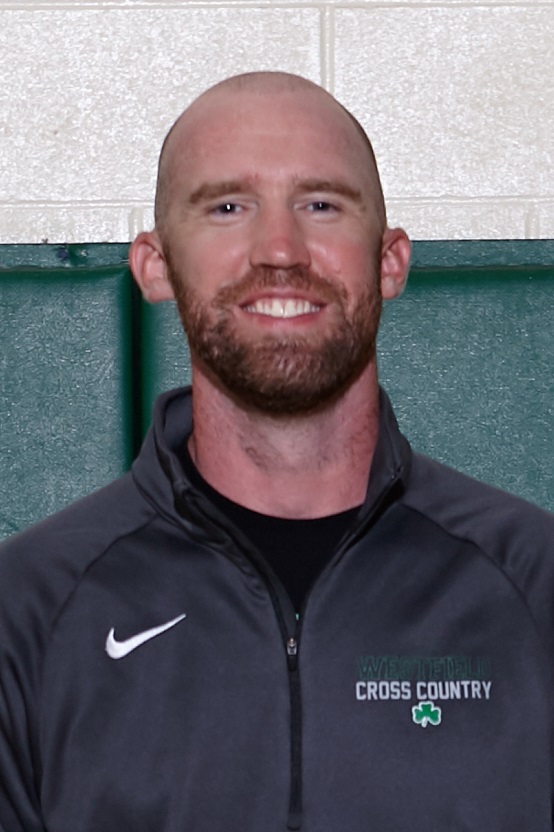 Quote: “I am thrilled and honored to be chosen as the next head boys cross country coach for a program that has made such a positive impact on my life – providing me with valuable traits that I took with me into my post-high school life, and providing me with lifelong friendships and memories that I value just as much today as I did when I was in high school. I am excited to follow in the footsteps of Coach Greg Albert and Coach Roger Wachtel, two of the best role models that anyone could hope for, and I am ready to continue to foster a team culture where people strive to fulfill their potential in all aspects of life. I look forward to continuing the tradition of helping to produce excellent young men who are prepared for anything they might experience in life after high school, and cannot wait to get started!”