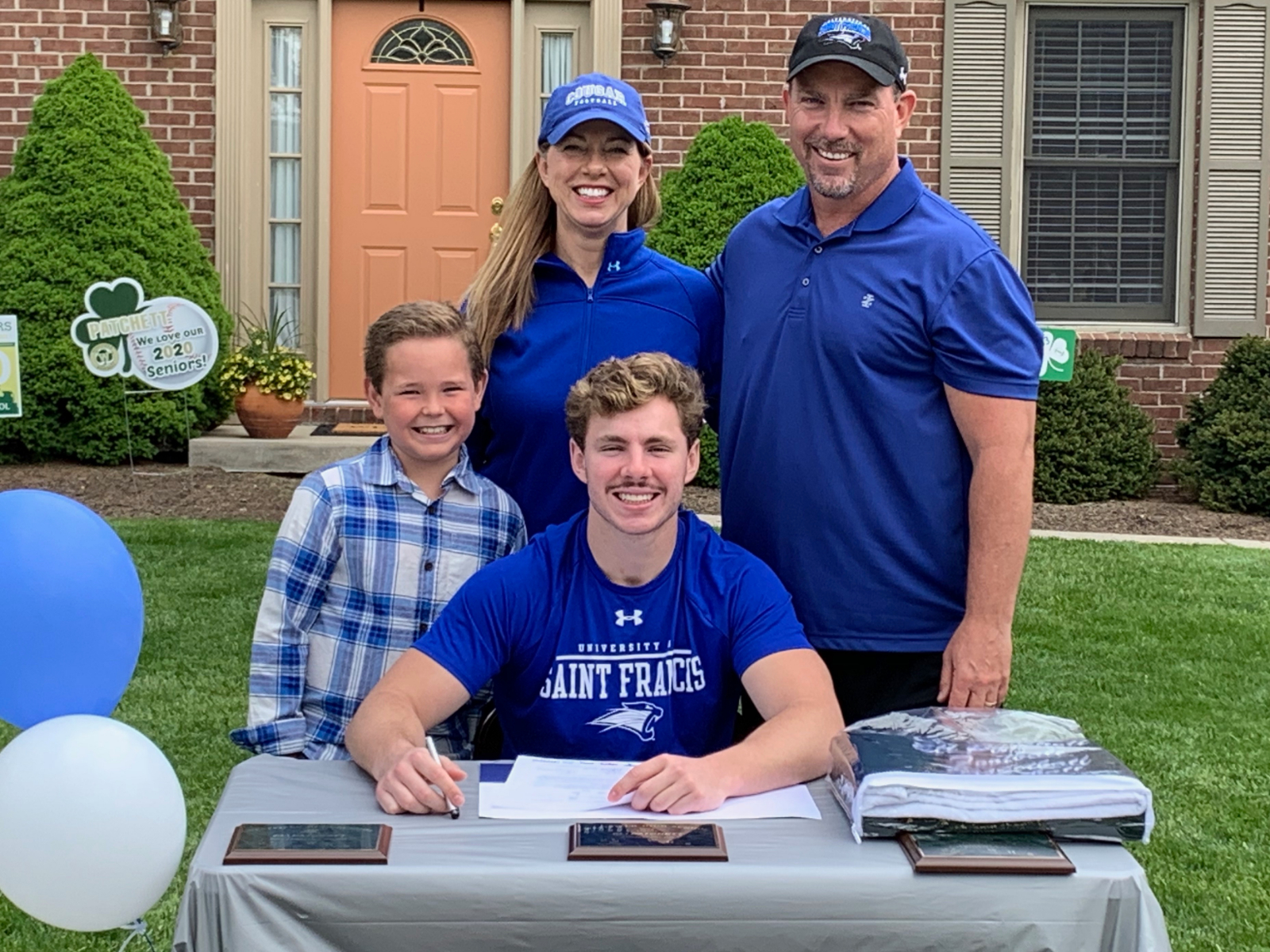 Eli signing his commitment to to play football at St. Francis University pictured with his brother, Xander, and his parents Annette and Rob Patchett. 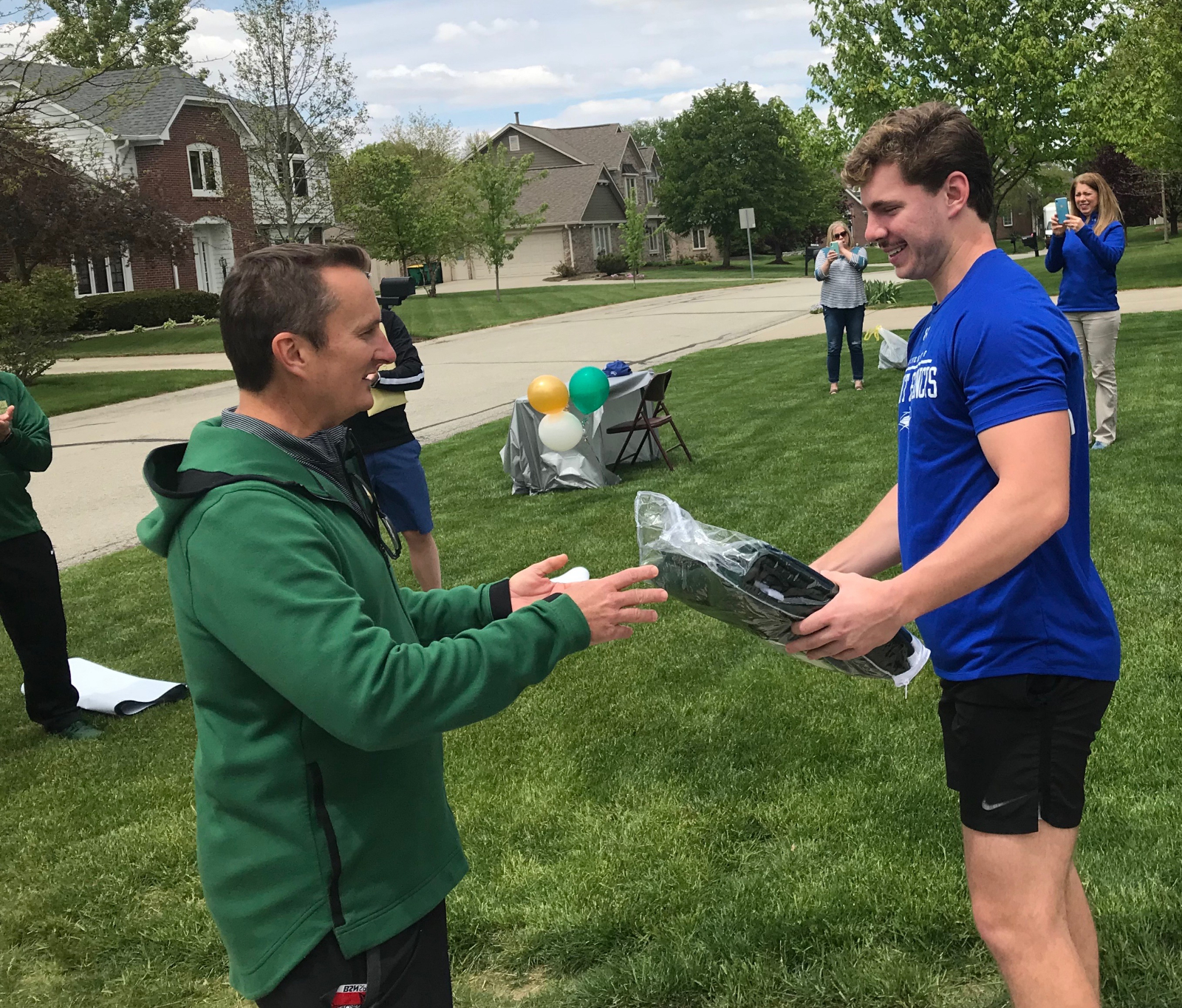 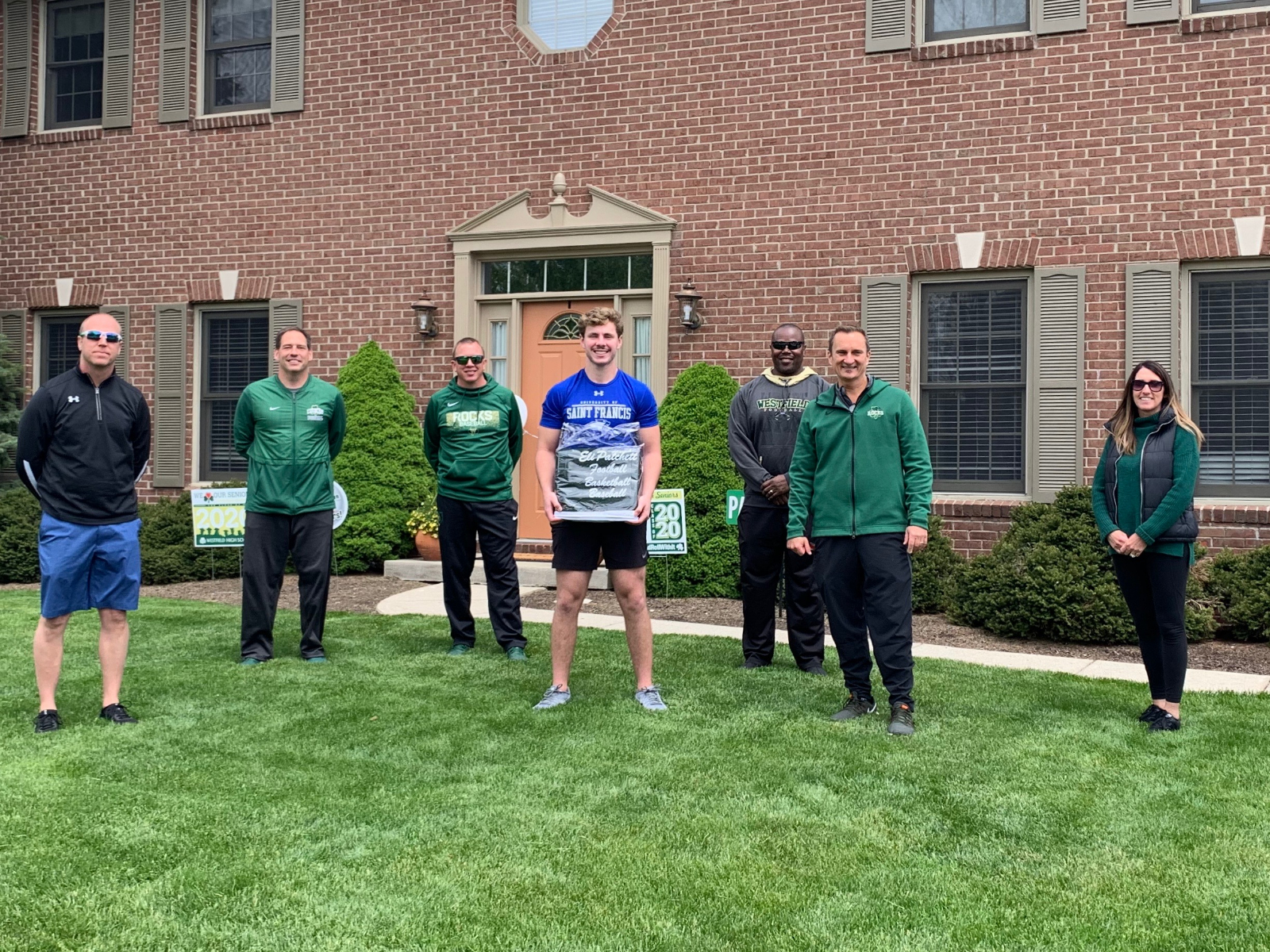