Both the boys and girls cross country teams participated in the IHSAA State Cross Country Championship on November 2. 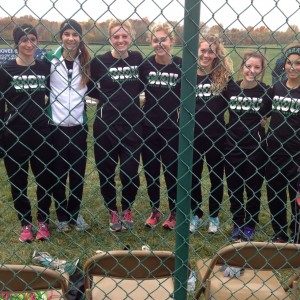 The girls cross country team as they had a fantastic showing at the IHSAA state finals. The team finished 8th at the state meet with a total team effort. This is the 10th time that the team has placed amongst the top 10 teams in Indiana in the program’s history. Karli Koning, Devon Leahy, and Gabby Brown earned second team all-state by placing in the top 40 overall. Additionally, Karli Koning has been named to the Indiana All-Star team as she was amongst the 12 best seniors in the entire state of Indiana! Shelby Wilson, Capriella Fenicle, Briana Leonard and Maddy Grennes rounded out the top 7. This was a great ending to a great season. Congratulations ladies! 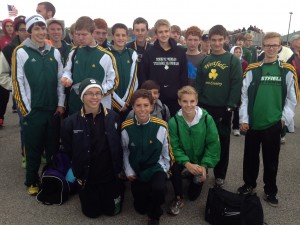 The Boys’ Cross-Country team finished their season the 11th best team in the State on Saturday in Terre Haute.  Leading the Rocks and earning All-State honors (top25) with a 23rd finish was Colin Rinne.  Ethan Worthington ran another gutsy race to finish big for the Rocks.  The best performance of the day came from freshman Aaron Bennett who was our third man and ran like a veteran on the big stage.  Jake Greene also had a solid race to be the Rocks 5th man.  Colin Rinne also earned a spot on the Indiana All-Star Team to represent Team Indiana in the Mid-East Meet of Champions in Kettering, Ohio on 11/16.